Improve the Stroke - Head Position at the Catch (+ Common Problems)

Please look at the examples below and review your own positions or that of your crew.  Anthony Edwards, 5 times Olympic athlete demonstrates common issues.

You may not think that the head position is that important but the position of the head at the catch can influence performance and sometimes means more than you think. 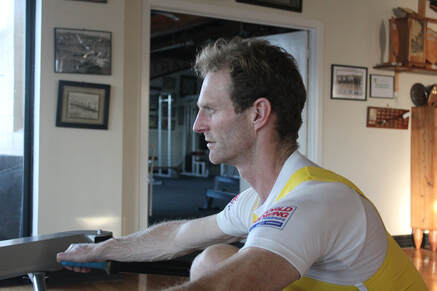 Here Eddy demonstrates the correct position of the head at the catch, essentially in a neutral position not looking up or down.

I suggest practice yourself by sitting in the catch position (maybe on a chair) and experiment by moving your head up and down and monitor how your shoulders and your spine moves. 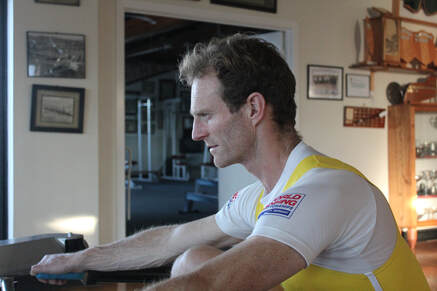 Head down at the catch:

Here is the classic stroke coach addict head position at the catch.  Looking down into the boat has the following concerns:
- Tends to make the athlete slump from a posture perspective
- Does not assist in balance as most athletes can balance better if not looking into the boat
- Can indicate that the athlete is too focussed on the numbers (stroke coach) and therefore not as receptive to understanding the feel of the boat and having good boat feel is important.

Head up at the catch:

This is usually less of a concern than head down at the catch, however if the head is up as depicted then we often see the following:
- Having the head high is frequently an indication that one of the first movements at the catch will be to lift the shoulders.  This is very detrimental to good performance
- Lifting the head tends to make the upper back too upright and therefore not as strong as we would like, in addition has the common effect of reducing the length at the catch.